Differential graphical models are designed to represent the difference between the conditional dependence structures of two groups, and thus are of particular interest for scientific investigations. Motivated by modern applications, this manuscript considers an extended setting where each group is generated by a latent variable Gaussian graphical model. Due to the existence of latent factors, the differential network is decomposed into sparse and low-rank components, both of which are symmetric indefinite matrices. We estimate these two components simultaneously using a two-stage procedure: (i) an initialization stage, which computes a simple, consistent estimator, and (ii) a convergence stage, implemented using a projected alternating gradient descent algorithm applied to a nonconvex objective, initialized using the output of the first stage. We prove that given the initialization, the estimator converges linearly with a nontrivial, minimax optimal statistical error. Experiments on synthetic and real data illustrate that the proposed nonconvex procedure outperforms existing methods. 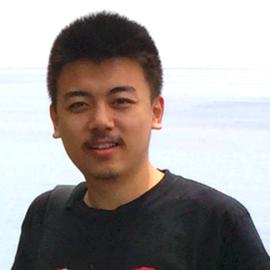 Sen Na was a PhD student in the Department of Statistics at The University of Chicago. Prior to graduate school, he obtained BS in mathematics at Nanjing University, China. His research interests lie in nonlinear and nonconvex optimization, dynamic programming, high-dimensional statistics and their interface. 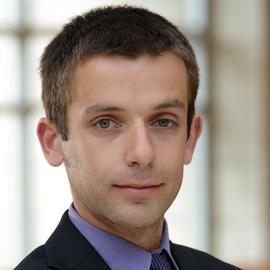